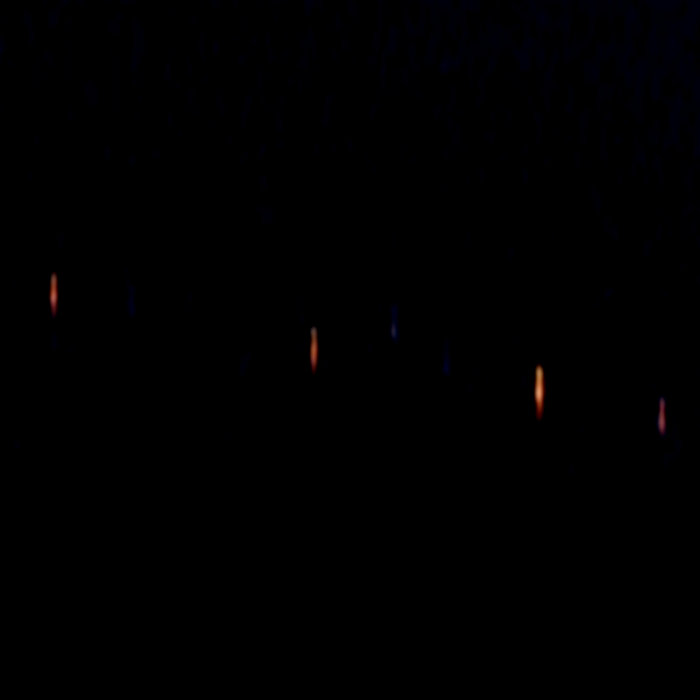 This Single is taken from the album “Elemental States” to be released on the Spectropol label later this year (2015). The track was originally intended as a middle piece on an album that, at this time, I’m yet to finish. Instead it became the first track of something completely new. The initial version of the piece was significantly different, based on the sound of ice cubes bumping against the side of a wine glass filled with water. Eventually, the original recordings proved to be too inflexible to work with, as once the other tracks started to emerge a particular approach developed rendering the originals unfit for purpose. In the end I decided to start again using the wine glass on its own.

In common with most of the other tracks on the album, the note material is derived from a single source. Avoiding traditional sampling techniques, I played each “instrument”, aiming for a semi regular but extremely loose rhythmic structure. Once this was complete, I was able to use the resultant recording as the basis for all of the pitches used in the track, speeding up or slowing down and editing as required. Except in specific circumstances, I change pitch and time through resampling, similar to speeding up or slowing down tape. In that way, a change of pitch affects time and that is particularly important to the way the track works, as I hope will become apparent when listening to the piece. I recorded all material at 96 KHz so that any ultra-sonic frequencies would be pitch shifted into the audio spectrum when lowered preserving the top end.

Harmonic intervals used in the piece are based on ratios of the number 7. The first part uses just otonal intervals (overtones) whilst the second utonal (undertones). The results from both are strikingly different, the first has a somewhat poignant character and the second has a brighter but more mystical quality. These are both great example of what the standard tuning system can’t quite produce. Combining both sets just resulted in a dissonant mess, which I did not want, although I would expect other combinations of notes could produce positive results.

The field recordings are taken from 3 sources. The most recent, a recording of an open fire made on a basic zoom recorder. The second was bonfire night in around 2006 using a minidisc recorder. Lastly I had recordings on cassette, again bonfire night, from the mid ‘80s. I combined these together to create the backdrop. One thing that was particularly interesting about the two bonfire night recordings was the difference in the firework sounds. The earlier recordings are full of rocket whistles while the later consist mainly of seriously loud explosions more akin to the sound of war than any form of celebration, demonstrating, perhaps, a change in firework fashion.

Whether fire is or is not plasma is a question that has surprisingly not been fully settled in science and therefore it follows that the field recordings on this track, may or may not be the sound of plasma. Plasma is normally associated with the solar wind and lightning. Neither of these has been used here but I did manage to capture the electromagnetic crack of lightning on cassette when recording rain in the ‘80s, which is used on the track “water - 5 – liquid”, tricky to spot but, as you might expect, it happens just before the thunder.