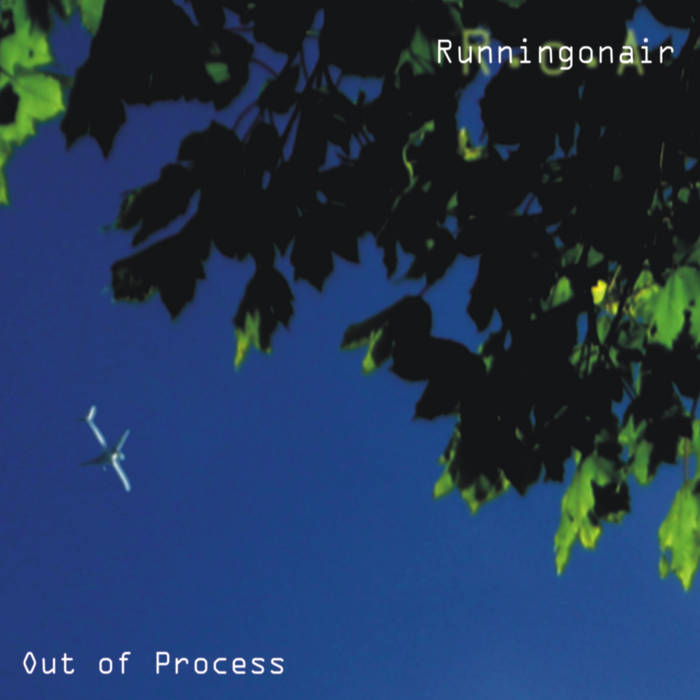 Runningonair - Out of Process – Press Release

Out of Process is a collection of work written over the last decade. It encompasses a range of styles, drawing on various influences to produce something that is not quite like any existing electronic genre. Here’s a selection of reviews from those that have already heard it:

“Track after track, Out of Process proves itself to be a funky, playful, jazzy and neatly constructed pleasure. I'm fascinated by its depth and, at the same time, its restraint in not playing the found sounds and samples too strongly. Everything feels nicely balanced, everything's in place and it's a disc I keep coming back to because it's so damned enjoyable! That's what makes it a Hypnagogue Highly Recommended CD.”

“…a sophisticated and intelligent collection of music that evokes a strong imagery. Evans' talent as both a musician and producer are clearly evident on "Out of Process", and I find myself eagerly awaiting his next release.”

“These compositions display an adroit adeptness at utilizing diverse aspects to achieve music of appealing demeanor. A sense of drama is drenched with modern flair.”

"Out of Process" is a beguiling amalgam of influences. A matrix of piano music, field recordings, strings, ingenious samples and chopped percussive field recordings, strings, it is an album inspired by the absurdities of the modern world; bulk digital mail-outs, information systems, training days and public speaking, ambient noise and our own personal frailties. It utilizes some of the most bizarre and inspired source material (spam e-mail set to music really shouldn’t sound this beautiful) and meshes the whole into an uplifting body of hard wired minimal machine music with soul. Out of Process works because Joe understands how to exploit the twin virtues of experimentation and structure. There is a breadth of vision and lightness of touch on show that has resulted in an album that is as ethereal as it is borne out of the mundane and "Out of Process" makes the mundane sound beautiful.